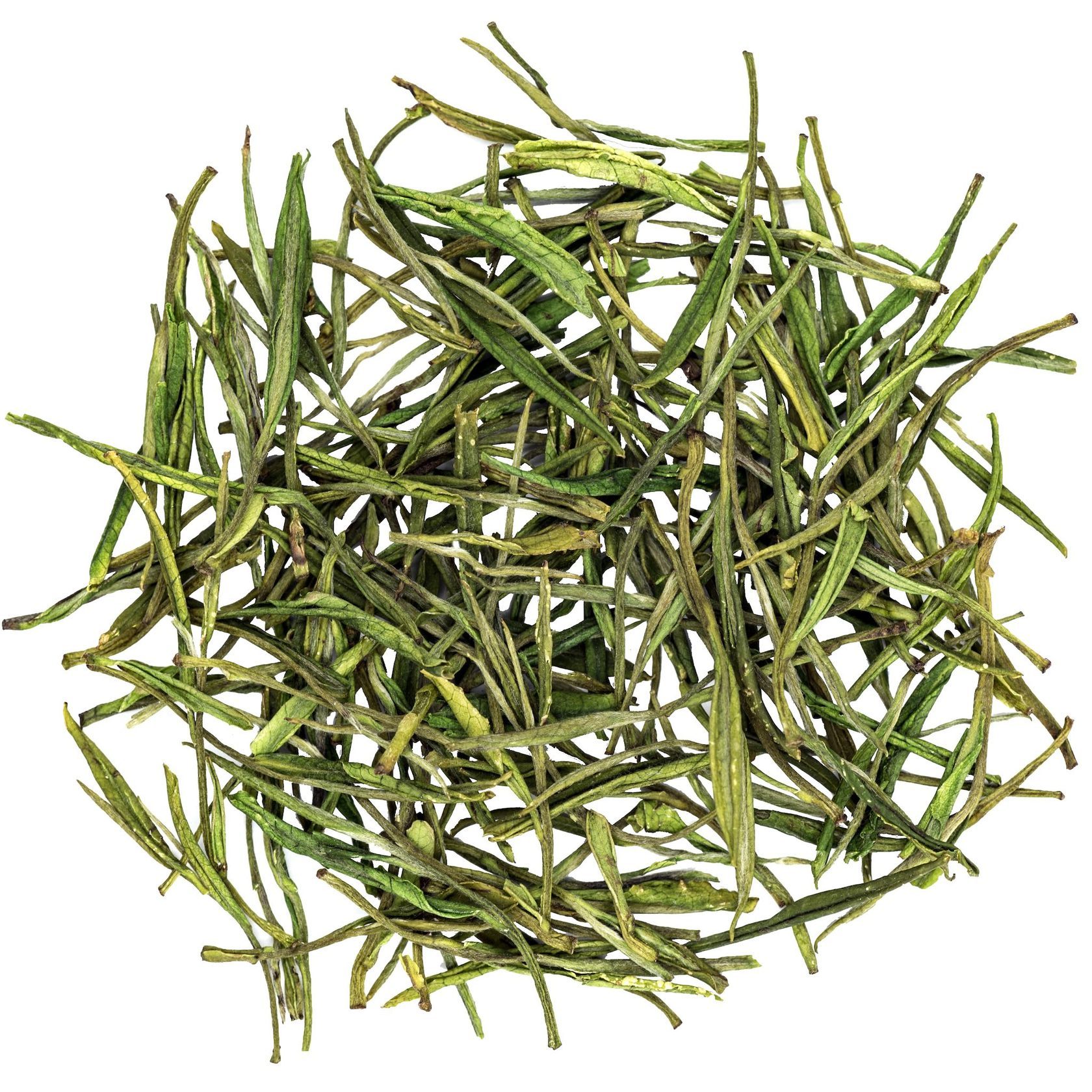 Country
China
Harvesting season
March, April
Main region
Zhejiang
This tea has a very interesting history. There is mention of this aromatic tea from Anji in Lu Yu's monograph "The Classic of Tea". It was the favorite beverage of the emperors during the Song dynasty, but for some reason, cultivation of tea bushes in this area ceased. It was only in the 20th century, during an expedition, that the old tea bushes were found, which, with the support of the state, began once again to produce Anji Baicha.
This tea got its name as the tea bushes on which it grows, seem almost white due to the buds. Therefore, Anji Bai Cha is often misclassified as a white tea but, according to its manufacturing process, it is actually a green tea. To produce this tea, the top leaf and young tea buds are taken when they are as bright as possible and the amount of chlorophyll in the leaves is minimal.
To preserve the original taste and aroma of this tea, it is frozen immediately after processing in vacuum packs.
ABOUT TEA
ADDITIONAL INFORMATION
Main region of planting
– Jiangsu
Advices for the best brewing
Time 180"
Amount 2g
Water 500 ml
Temperature 70 ̊
Steeps 1

Prepare the tea in a glass bowl, porcelain gaiwan, or glass teapot completely reveals the qualities of the tea. If you prepare it this way you will definitely see how beautiful it truly is.
Recommendations
Cleanses the liver;
Removes toxins from the body;
Facilitates reduction of sugar in the blood;
Health benefits