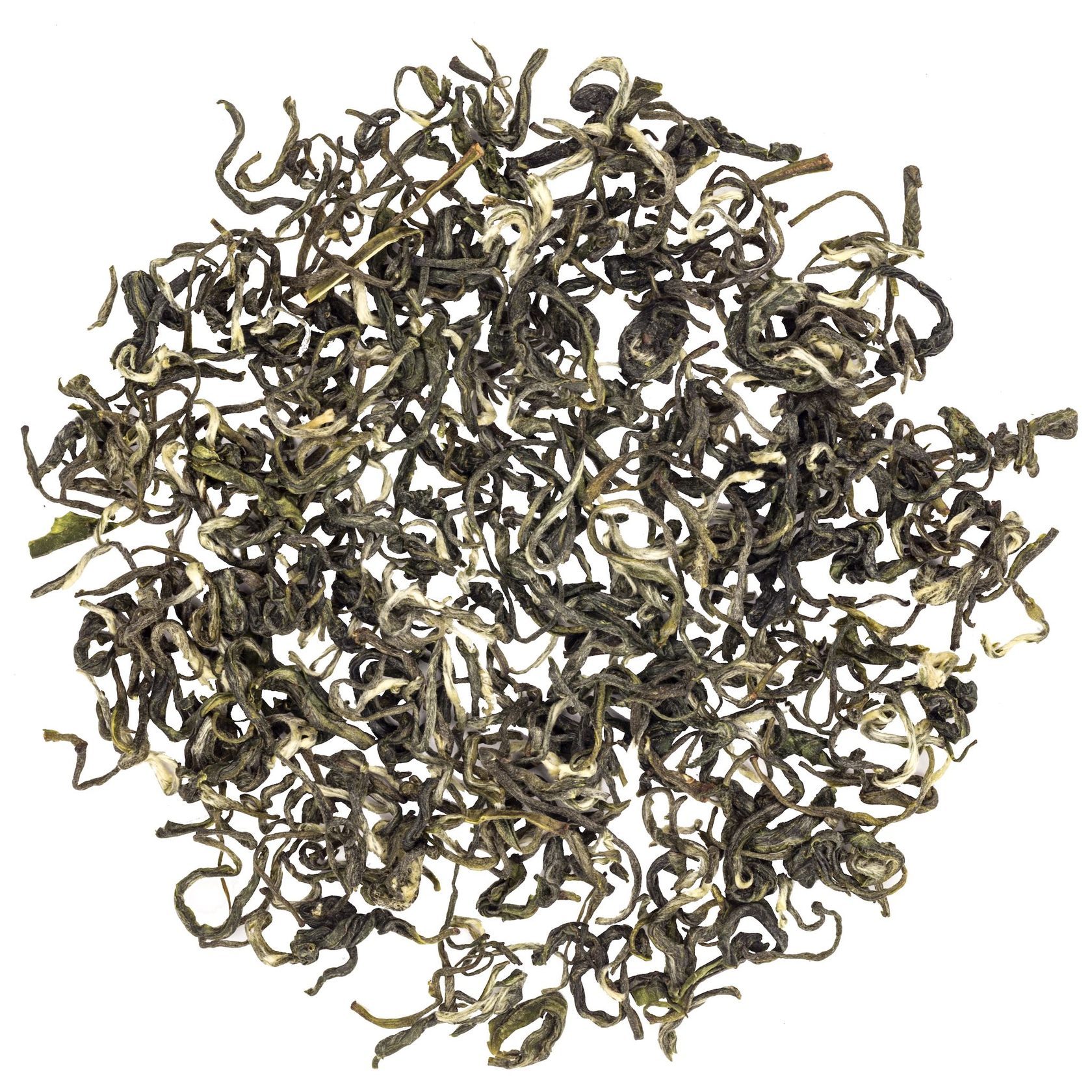 Country
China
Harvesting season
April
Main region
Fujian
According to one account, this tea is named after the mythical White Monkey who came to the aid of a lost, hungry traveler. The White Monkey, finding the traveler lost in a forest thicket, led the traveler to the extraordinarily fragrant tea bushes that saved the wanderer from thirst and exhaustion. After he had rested and quenched his thirst, the Monkey then led him out of the forest thicket. Other accounts of the name of this tea do not hold the same level of mysticism. The raw materials for Bai Mao Hou are grown in an area where white monkeys once lived and the protruding stem of the tea, covered with a delicate white down, looks just like a monkey's tail.
The production of Bai Mao Hou started in 1910 and was specifically for sale in Southern China's Guangdong Province, Hong Kong, and Macau, where it was very popular.
This tea is composed of only the two upper leaves that frame the young bud. Many requirements are imposed on the leaves that go into making this tea; for example, damaged and broken leaves are not collected. The silvery down which covers the tea leaves is preserved in the finished product.
ABOUT TEA
ADDITIONAL INFORMATION
Main region of planting
– Fujian
Advices for the best brewing
Time 180"
Amount 2g
Water 500 ml
Temperature 70 ̊
Steeps 1

When brewed in а gaiwan, this tea is best served by first pouring the water to fill a quarter of the bowl, then waiting 10 seconds before then pouring the rest of water to the top. This allows the beverage to become fuller in flavor.
Recommendations
Supports the nervous system;
Removes toxins from the body;
Boosts metabolism
Health benefits

A rich flavor with a bright, fruity note and a sweet aftertaste
Flavor
Day
The best time to drink