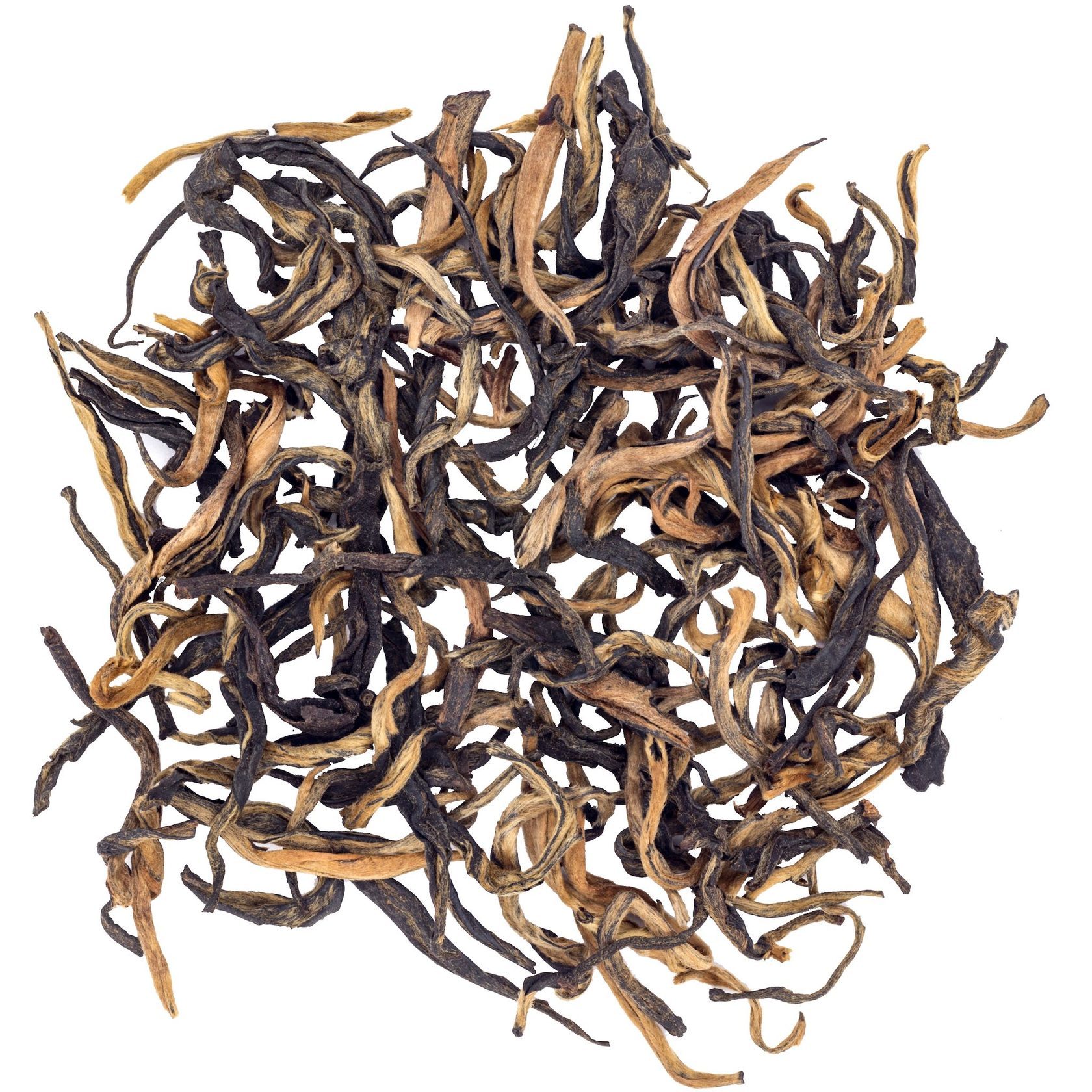 Country
China
Harvesting season
Spring, Summer
Main region
Yunnan
This variety returned China the former glory of the main tea supplier. In the middle of the twentieth century, export of Dian Hong helped China's economy to survive such a difficult period. Then the leading position in the global tea market was occupied by Indian producers with large-leaf varieties, popular all over the world. Moreover, as claimed by the Indians, the raw material for such varieties can only be grown in the territory of India and of the island of Sri Lanka. However, the work on tea began in Yunnan province in 1938, which could compete with Assam varieties, and in the summer of 1939, the first batch of Dian Hong was on sale.
The development of this variety has acquired a national importance - 60 tea technologists from all over the country worked on the creation of Dian Hong. Tea bushes, which are the basic for this red tea, are grown in a mountainous area – the height of plantations ranges from thousand to two thousand meters. Due to the fact that the temperature during the year is at the same level - 18 degrees, tea is picked several times a year. Three upper leaves and a tea bud are used for the production of Dian Hong.
ABOUT TEA
ADDITIONAL INFORMATION
Main region of planting
– Yunnan
Advices for the best brewing
Time 120, 180"
Amount 5g
Water 500 ml
Temperature 95 ̊
Steeps 2

Many kinds of Dian Hong can be boiled, and in the process of cooking you can add milk, various spices, fruits and dried fruits.
Recommendations
Accelerates blood;
Has a tonic and warming effect;
Improves digestion
Health benefits