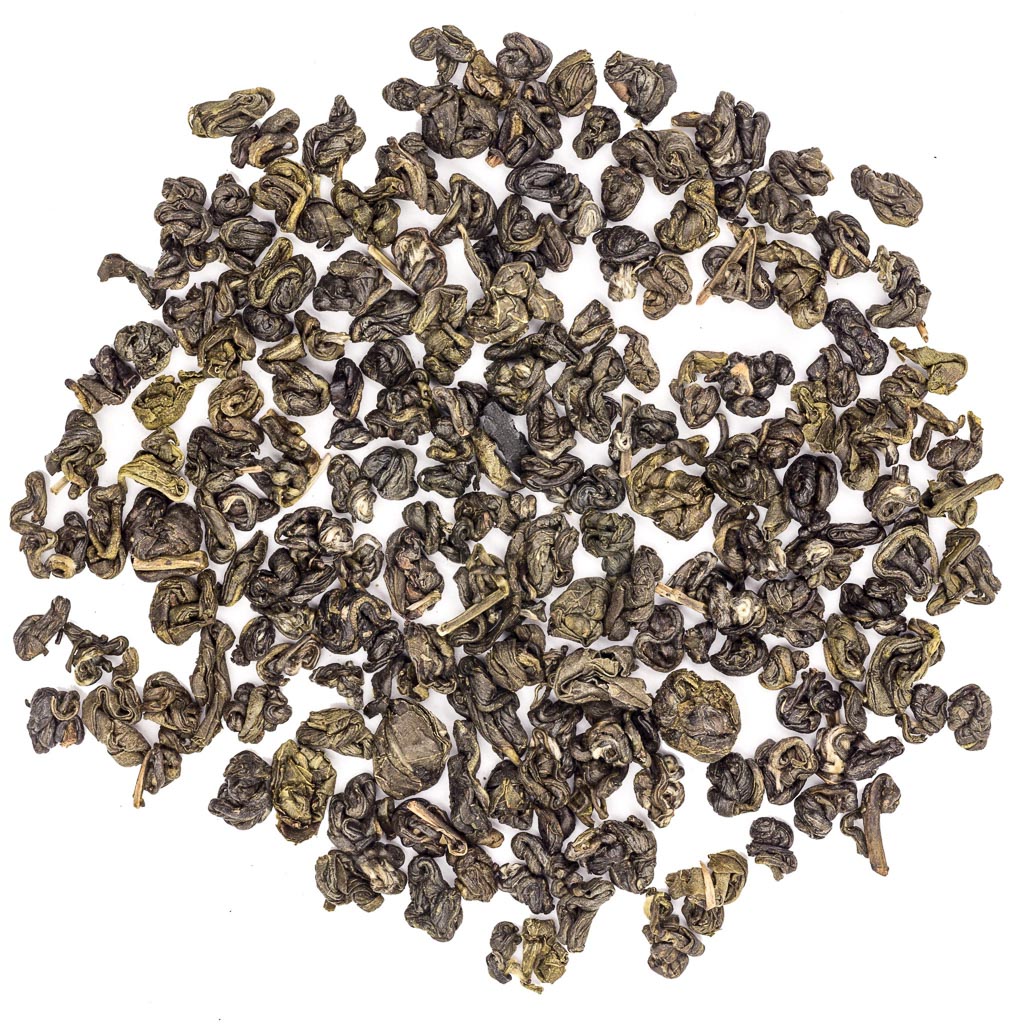 Country
China
Harvesting season
April, May
Main region
Zhejiang, Fujian
It is believed that these small balls of tea are nothing less than precious jade stones dropped from the talons of a Phoenix flying over a valley. This valley later became the place where people began to produce gunpowder tea. According to another, more realistic version of the origin of gunpowder tea, the name of this tea was given by an English merchant who noticed the similarity between the shape of the twisted tea leaves and gunpowder. This tea is also known under the names "Hyson" and "Pea leaves".
Fujian Zhu Green Tea was first talked about in the 17th century. A century later, Gunpowder tea became popular in the European and North American markets. Soon it reached the countries of North Africa, where people now drink it with honey and mint. For the production of Fujian Zhu, only two young upper leaves along with a tea bud are selected. These are then fried to give the tea its incomparable scent of fresh greens. The leaves are then molded into their famous shape. The most expensive grades continue to be twisted by hand.
ABOUT TEA
ADDITIONAL INFORMATION
Main region of planting
– Zhejiang, Fujian
Advices for the best brewing
Time 180"
Amount 2g
Water 500 ml
Temperature 70 ̊
Steeps 1

It is better to brew this tea in a glass or porcelain bowl which has been previously heated with hot water. Gradually increase both the time of each subsequent heating and the temperature of the water.
Recommendations
Helps cleanse the liver;
Recommended for diseases of the respiratory system;
Can be used to prevent from cancer
Health benefits