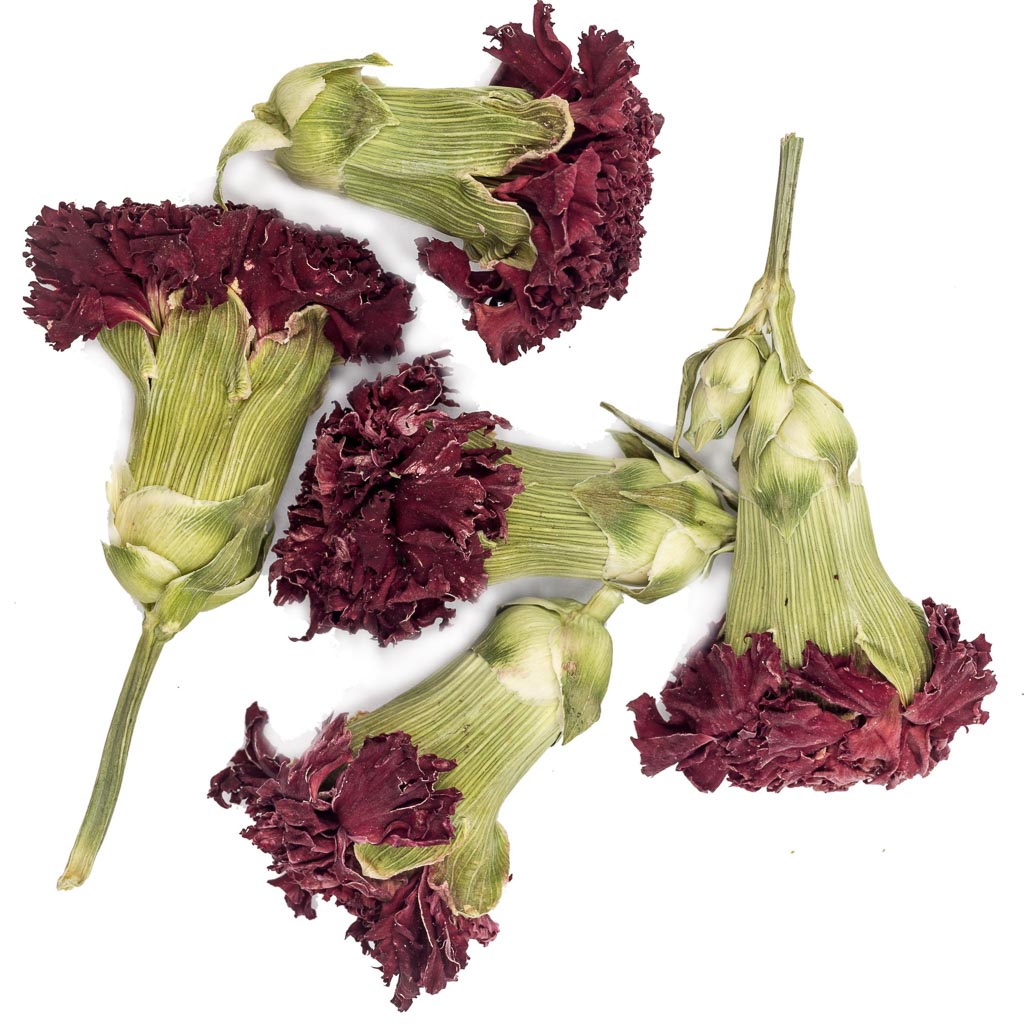 Country
China
Harvesting season
Summer
Main region
Fujian
In Greece, the carnation is said to have a divine origin and is called the flower of Zeus. According to an ancient legend, Artemis was returning from an unsuccessful hunt and saw a young shepherd who was carefree playing the flute. The angry Artemis accused of making too much noise that scared away all the animals. Then the goddess furiously released an arrow that pierced the heart of the young man. Realizing what a terrible thing she had done, Artemis asked Zeus to turn the shepherd's body into a beautiful flower.
Chinese medicine uses not only the flowers and stems of this plant, but also its roots, which are also rich in beneficial substances. Additionally, the carnation is an ingredient not only in traditional Chinese medicine, but also in official pharmacology.
Typically, emerging or very small buds of Chinese carnations are used for brewing, as they are rich in essential oils; when buds enter ihot water, useful substances are released and a healthy drink is created.
ABOUT TEA
ADDITIONAL INFORMATION
Main region of planting
– Fujian
Advices for the best brewing
Time 300"
Amount 2g
Water 500ml
Temperature 70 ̊
Steeps 1

To get the maximum amount of nutrients from the plant, try preparing a lavander infusion. Take 3-4 grams of the dry plant per 500 ml of water and infuse for 10-15 minutes.
Recommendations
Has a beneficial effect on the cardiovascular system;
Is used as an analgetic;
Improves digestion
Health benefits

Fresh, with a light touch of spices and bitterness
Flavor
Evening
The best time to drink