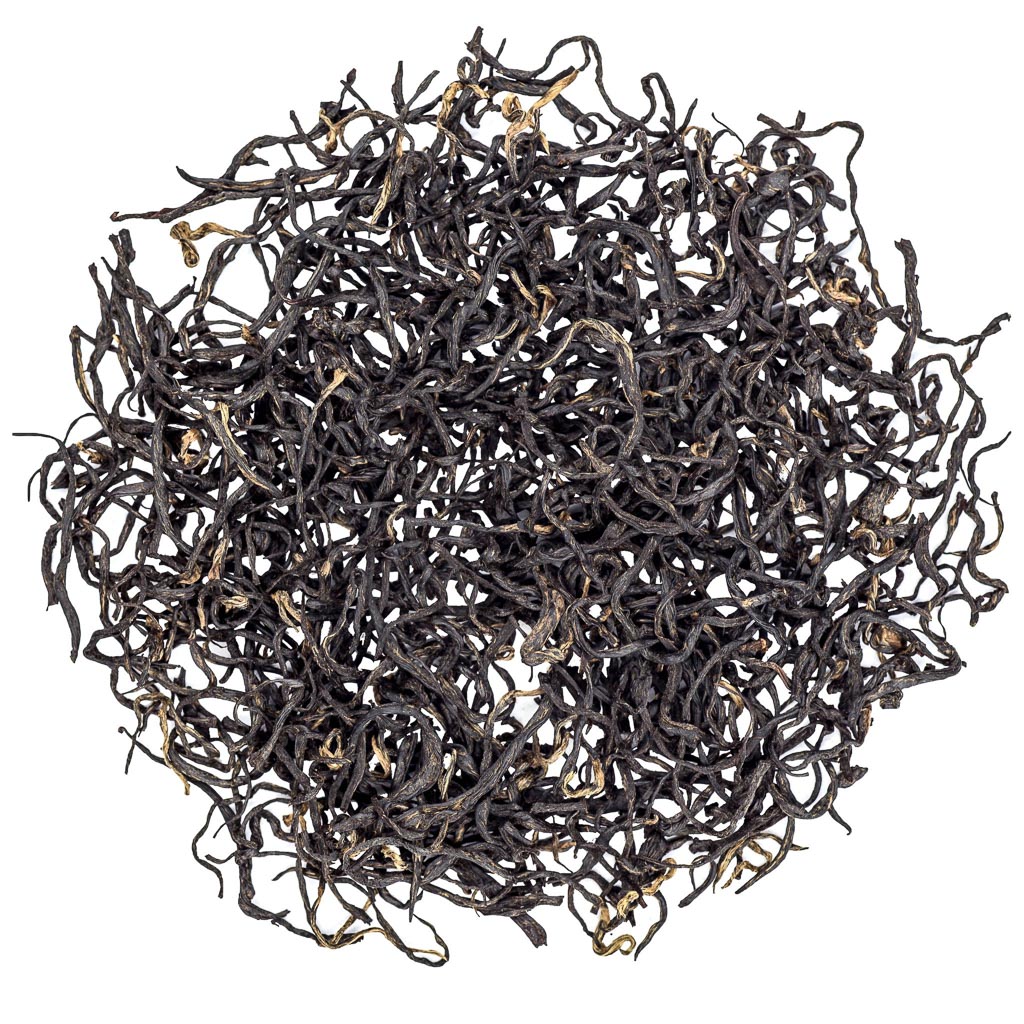 Country
China
Harvesting season
Spring
Main region
Fujian
Until now, there is no unanimous opinion on how to correctly translate Chinese name into English, and the whole point is, even in China interpretations differ. According to legend, one farmer had a very fragrant tea bush in garden, the bush gave an unusually tasty harvest. And one day the officials came to the farmer with a check, they felt an incredible aroma and asked to try the brewed tea. The taste of the drink amazed them, and they asked the farmer what is the name of this variety, the farmer said the first thing that came to mind – Guessing plum, and that was how the strange name was born.
This variety comes from a protected reserve, which is famous for its legendary cliff oolong teas and no less legendary red teas. As a raw material for its production, one of the six famous varieties of bushes of the South-Fujian region of Anxi - Mei Zhan is used. Buds and young half-opened leaves are picked from these bushes, which are treated less than other red teas. Because of lighter oxidation, the tea leaves have a light green tint, unusual for highly fermented teas, and Méi Zhàn also has a lighter taste.
ABOUT TEA
ADDITIONAL INFORMATION
Main region of planting
– Fujian
Advices for the best brewing
Time 120, 180"
Amount 5g
Water 500 ml
Temperature 95 ̊
Steeps 2

Should be brewed in porcelain or glass ware, previously heated by hot water.
Flavor
Morning
The best time to drink