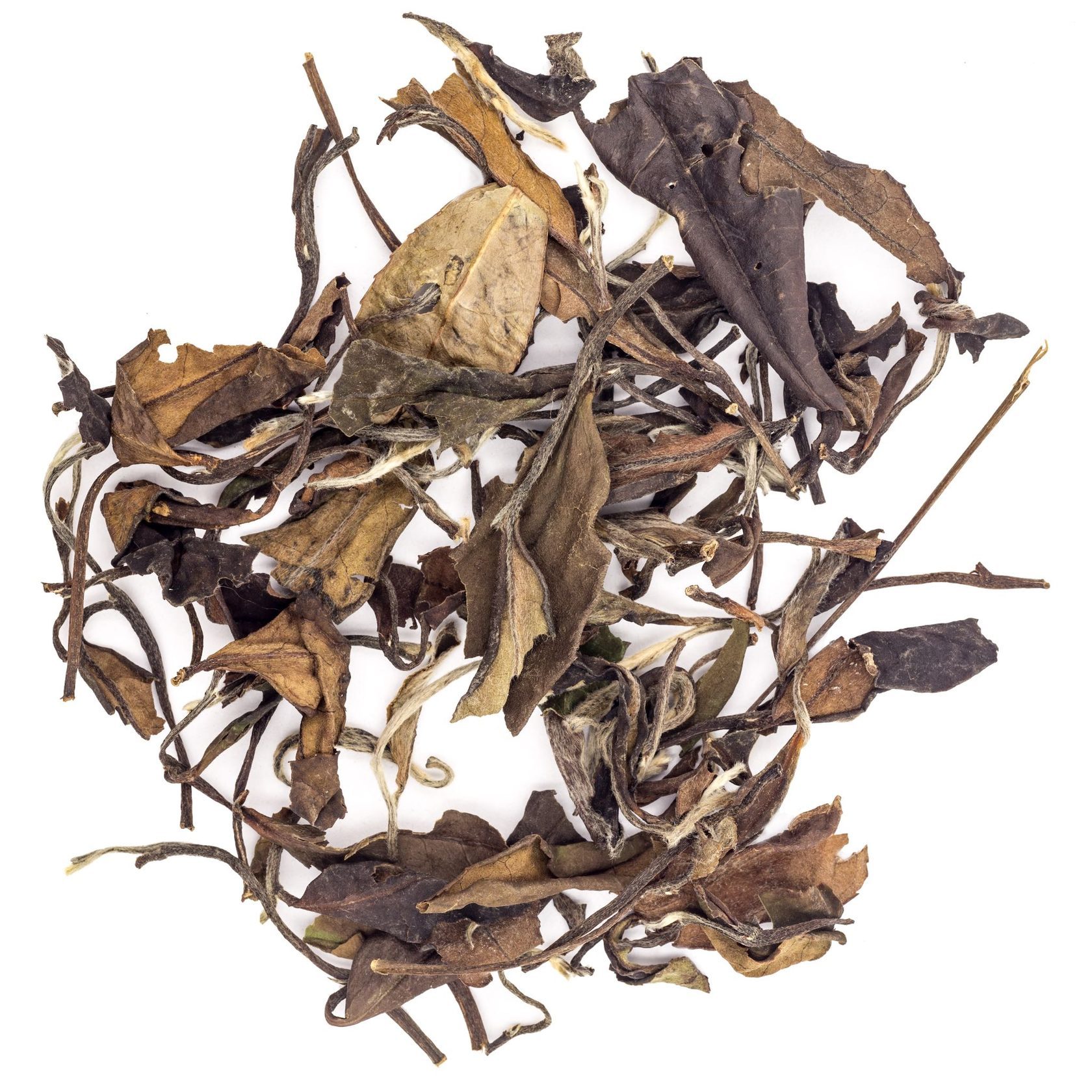 Country
China
Harvesting season
May, June
Main region
Fujian
Legend says that this white tea was also the gift of the gods as a cure for measles. A young girl named Lan Wu saw a monk in her dream, who told her how to cure her relatives, who were, at that moment, suffering from this dangerous illness. He showed Lan Wu a tea bush and told her how to turn its leaves into a medicinal potion. The girl followed the advice of a wise old man and saved her loved ones. Afterwards she started to grow the magic bushes in her own garden and help all those in need.
Tea leaves for this tea are picked by hand from the bushes Da Bai Cha and Da Hao, but much later than, for example, for the Silver Needles or the White Peony. The regular harvesting time is in May and June, when the leaves on the bushes become more mature. Therefore, Shou Mei is distinguished from other white teas by the larger raw materials. Such a fleshy leaf gives more flavor, and in taste it shows a slight oiliness. Longevity Eyebrow tea is well preserved, with years increasing its sweetness, and it provides some redness in the color of the infusion. The tea consists of a bud and three-four leaves.
ABOUT TEA
ADDITIONAL INFORMATION
Main region of planting
– Fujian
Advices for the best brewing
Time 180"
Amount 2g
Water 500 ml
Temperature 70 ̊
Steeps 1

This tea is best brewed in a glass or porcelain bowl, which should be heated beforehand with hot water. Gradually increase both the time of each subsequent brewing and the temperature of the water.
Recommendations
Accelerates digestive processes;
Used to prevent cancer;
Detoxifies
Health benefits

Delicate and sweet, with notes of honey and fragrant herbs
Flavor
Day
The best time to drink