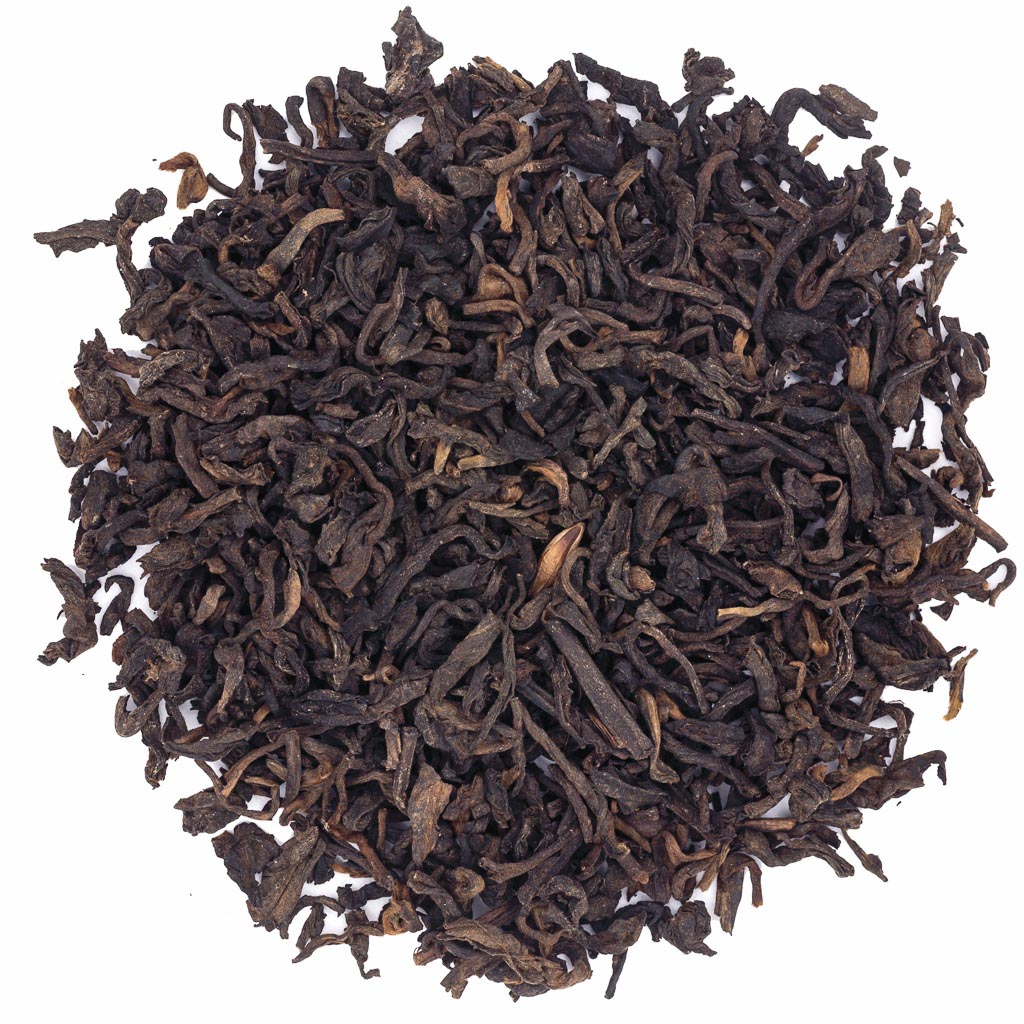 Country
China
Harvesting season
Spring, Summer, Fall
Main region
Yunnan
Loose Shu Pu'er is mostly produced in the area of Menghai city, in the south of the Yunnan province. It is characterized by its mild climate: there is no division into seasons, in Menghai eternal spring reigns. The region is famous for its mountains, tea raw materials which are famous all over the world. In this part of Yunnan, earlier than in other places, began the restoration of tea production after the hard years that were filled with wars and revolutions in the twentieth century. Now the biggest part of Shu Pu'er for all China is produced here.
This tea is processed in the same way as ordinary Shu Pu'eras: after wilting, "killing green" and drying in the sun, it is fermented in wet piles in which important processes of transformation of some substances into others are taking place with the help of microorganisms. But after the process of fermentation, it is not pressed, but placed in high (more than one meter) ceramic vases, in which tea leaves are kept, finally forming a taste.
ABOUT TEA
ADDITIONAL INFORMATION
Main region of planting
– Yunnan
Advices for the best brewing
Time 300"
Amount 3-4g
Water 500 ml
Temperature 100 ̊
Steeps 1-2

The taste of this tea depends on the source area and quality of the raw materials, the way they are stored, processed and their age
Flavor
Morning
The best time to drink