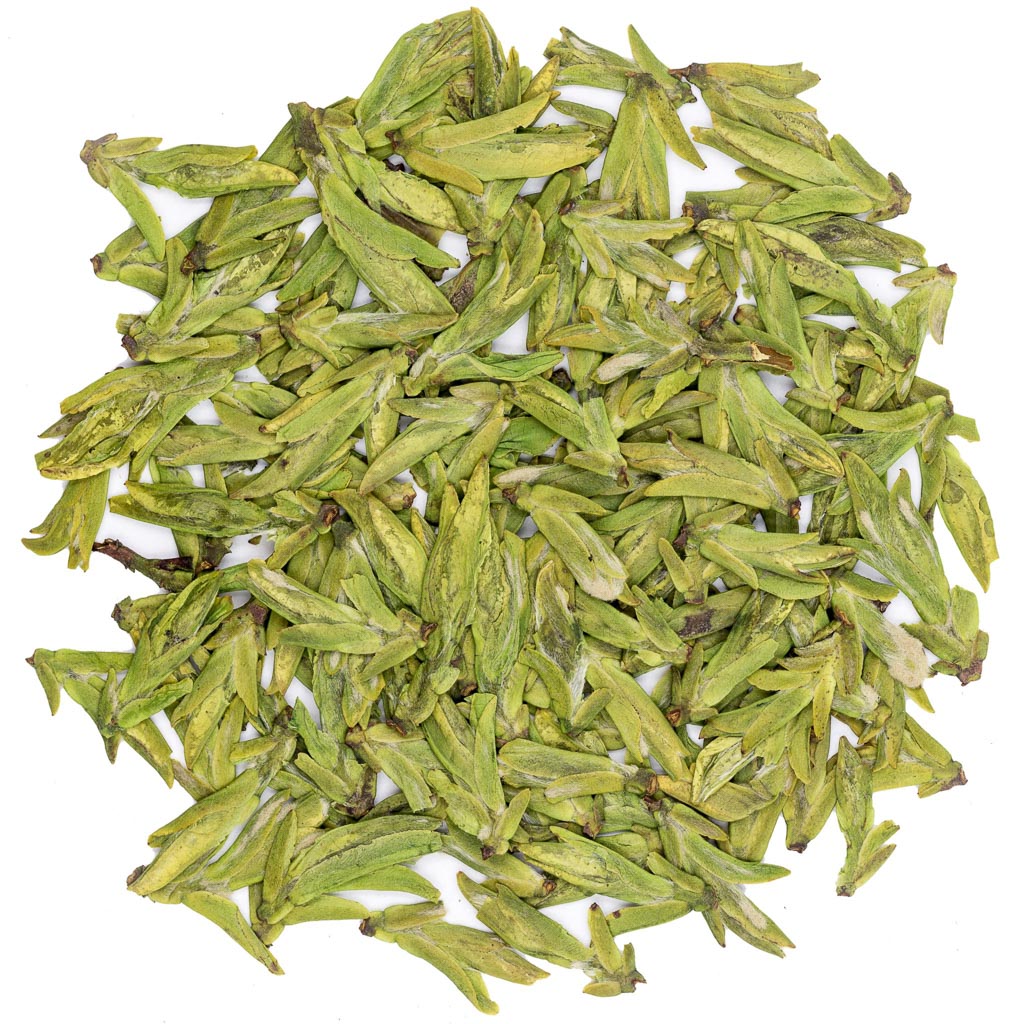 Country
China
Harvesting season
April, May
Main region
Zhejiang
This tea was named in honor of the ancient monastery on Xihu lake. According to legend, in the village near this monastery lived an old woman who possessed only a few bushes of tea and an old mortar bowl, in which she collected garbage. One day a stranger came to her and said that there was a hidden treasure on her lot and offered her a large sum of money for the mortar bowl. The old woman decided to prepare it by cleaning it up, washing the mortar bowl and burying the garbage under the tea bushes. When the buyer saw the clean mortar bowl, he fell into despair – the treasure had been hidden in the garbage. He left disappointed, but in the spring her bushes yielded a crop with an amazing flavor.
Dragon Well tea consists of buds surrounded by one or two upper leaves. A feature that distinguishes Xihu Long Jing from other varieties is its unusual appearance: bright green, shiny leaves that have a flat shape. During the roasting, the leaves are manually kneaded, giving them the desired shape. By the way, manual processing at this stage speaks to the high quality of the finished product.
ABOUT TEA
ADDITIONAL INFORMATION
Main region of planting
–Zhejiang
Advices for the best brewing
Time 180"
Amount 2g
Water 500 ml
Temperature 70 ̊
Steeps 1

In its homeland Dragon Well is brewed in glass bowls in two steps. First, by pouring the hot water to fill a quarter of the bowl, then waiting five seconds and adding more water to completely fill the bowl. This way of brewing creates a cloud of fragrance that wraps around one's face when drinking the tea.
Recommendations
Removes toxins and heavy metals from the body;
Has a rejuvenating effect;
Expels excess liquid
Health benefits