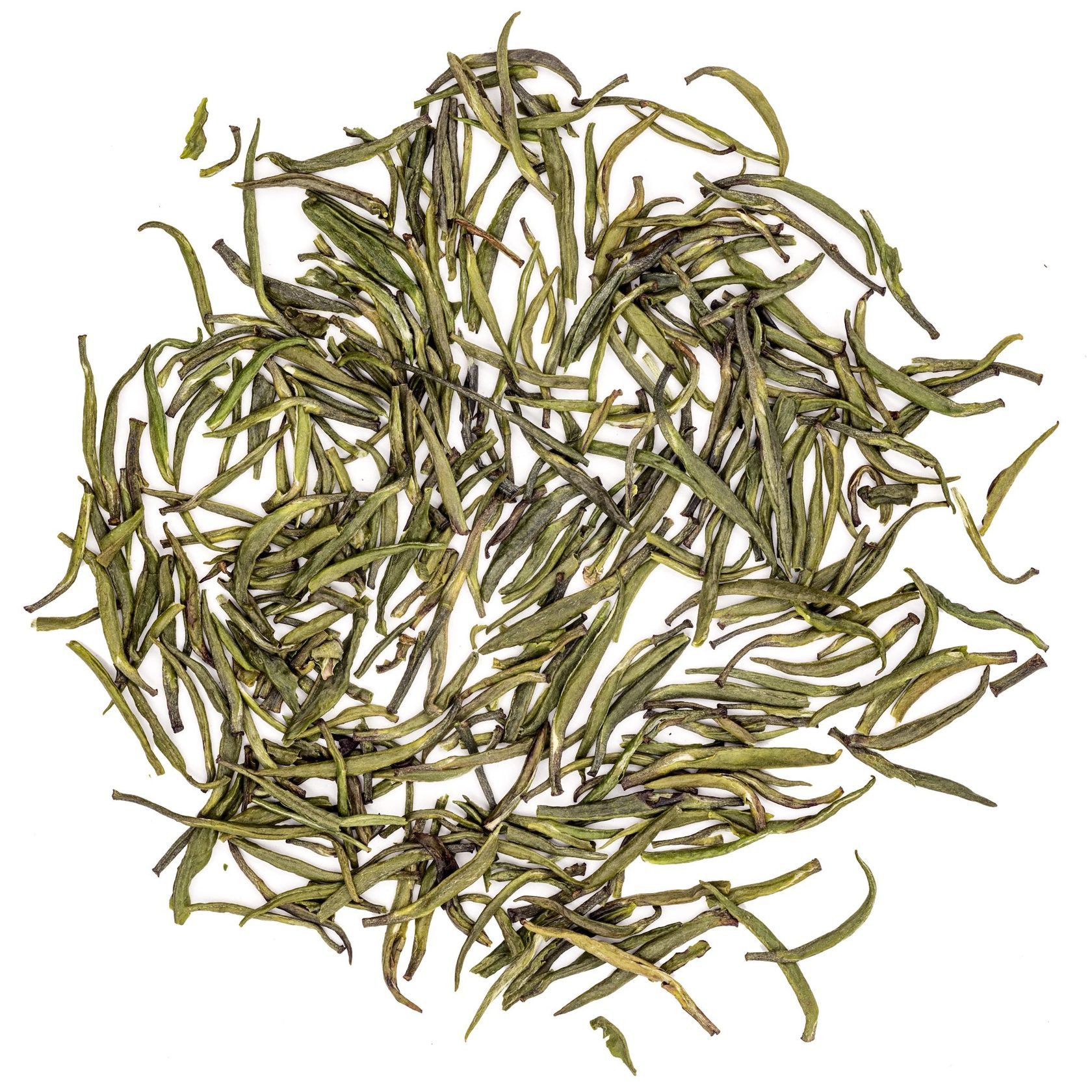 Country
China
Harvesting season
March, April
Main region
Sichuan
It is said that for a long time only the monks of one monastery, located on the sacred Mount Emei Zhuyeqing, drank this tea. One day, a Chinese military marshal was on a business trip to this region. He decided to visit this monastery where he was greeted with honor by the monks and served their best tea. The flavor of the drink impressed the marshal so that he immediately asked what kind of tea it was. As the monks could not answer him, the marshal decided to give the tea the name 'Fresh Bamboo Tips'.
espite the fact that Zhu Ye Qing is a very young variety (they started to produce it only in the middle
seventies of the 20th century), it is a prize-winner of the prestigious Chinese Tea Cup award. The homeland of this tea is the slopes of Mount Emei, on which Buddhist monks have cultivated tea bushes since ancient times. Only the top two leaves with a bud are collected for this tea, in the process of manufacturing, they are crushed and twisted so that they visually resemble sharp bamboo-leaves.
ABOUT TEA
ADDITIONAL INFORMATION
Main region of planting
– Sichuan
Advices for the best brewing
Time 180"
Amount 2g
Water 500 ml
Temperature 70 ̊
Steeps 1

Use porcelain or glassware to reveal the fragrance of the leaves.
Recommendations
Tonic effect;
Rich in antioxidants;
Beneficial effect on mood;
Promotes weight loss
Health benefits